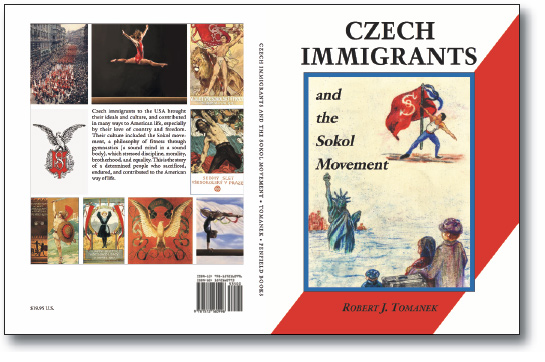 Click HERE for the order form and more info on Robert Tomanek's new book Czech Immigrants and the Sokol Movement.

Relive your exciting memories of your trip to the Czech Republic and the rehearsals and everything that made this a trip of a lifetime for many of you. Click HERE for more info

Our vision for the Sokol Museum and Library (SML) is: Sharing the story of Sokol’s contributions to gymnastics, culture and democracy. The not-for-profit museum is established exclusively for educational, cultural, and scientific purposes for the benefit of the public. The specific goals of the mission are to provide, preserve and operate a website, library, museum, archives collection, and traveling exhibits. Restore and exhibit artifacts, books, documents, photos, and other items pertaining to the Sokol movement and its contributions to gymnastics, fitness, culture, and democracy. Sponsor various educational programs for communities and schools.

The Sokol Museum and Library is dedicated to preserve the history and accomplishments of the Sokol movement. From its origin in 1862 in the Czech lands, it was based on
a program of systematic gymnastic training that cultivates a healthy body, sound mind and responsible citizenship. Sokol became an historic organization that established the
Czech culture and Czech identity. The goal of the museum and archives is to demonstrate Sokol’s contributions to gymnastics, physical fitness and sports, as well as to the ideals of democracy. 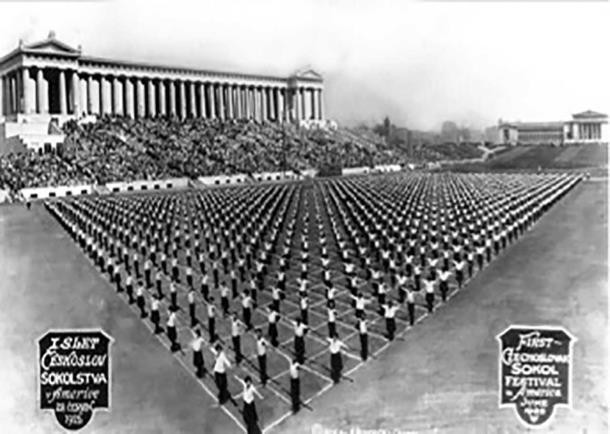 The first Sokol unit in the United States was founded on February 14, 1865, in St. Louis, Missouri. Within a few years Sokol units were formed in Chicago, New York, Baltimore, Cleveland, Milwaukee, Detroit, Cedar Rapids, and Omaha. Subsequently, many units were established from the Atlantic to the Pacific and from Canada to the Rio Grande.

In 1896 the Slovak Gymnastic Union (now Sokol USA) was established in New York city and their many lodges sprang up from New York to Illinois. Other Sokol Associations also were founded: Slovak Catholic Sokol (1905), Catholic Union Sokol (1893), Sokol Canada (1952), and the Polish Falcons of America (1887).